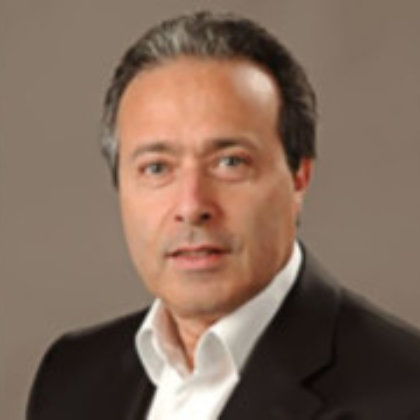 Fabien Sfez is part of our team of Senior Advisors. They support the firm in its strategic positioning and contribute to the development of new offers and the strengthening of the network.

Fabien Sfez began his career at Arthur Andersen (now Accenture) before joining Canal+ Group in 1991, first as CIO for France and then Group CIO. In 2001, he was appointed SVP Information and Technologies of the TV-Film division, which includes the group’s American subsidiary Universal Studio.

In 2003, he joined Pinault Printemps Redoute (now Kering) as Chief Information Systems Officer for the group and for FNAC, and then in 2006 he was appointed CEO of FNAC France.

Finally, in 2011, he was appointed e-business Director of the PPR Group and a member of the Executive Committee. In 2012, he became Chief Executive Officer of Pixmania and a few months later, he joined Lagardère Active where he served until 2019, first as Chief Technology Officer and then as Director of Operations and Digital and Technological Development for the Group’s subsidiaries Doctissimo, Billet reduc, Newsweb, Mondocteur, Doctipharma, as well as the licensing activities of the Elle brand worldwide.

He is a board member of Mediapress and Qilibri and an investor in several companies (Mirakl, Devialet, and Weinberg Capital Partners, to name a few).